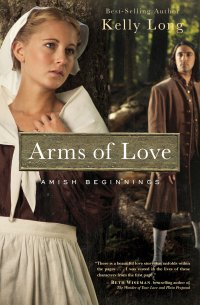 
The year is 1777. America is in turmoil.  And Amish life is far different than today.

Pennsylvania in the late 18th century, once called William Penn's Woods, was an assortment of different faiths living together for the first time in American history. Included in this tapestry was a small and struggling population called Amish.

Surrounding this peaceful people were unavoidable threats: both Patriots and the British were pillaging land and goods for the sake of the war, young Amishmen were leaving the faith to take up arms and defend freedom. A simple walk in the untamed forests could result in death, if not from bullet or arrow, then from an encounter with a wild animal.

Amid this time of tumult, Adam Wyse is fighting a personal battle. To possibly join the war efforts and leave his faith, which would mean walking away from the only woman he's ever loved: Lena Yoder. But for that love he's made a promise that may keep them apart permanently.

When Adam withdraws from Lena, she's forced to turn to his brother, Isaac, for support. Must Lena deny her heart's desire to save Adam's soul? And will life in this feral and primitive New World be more than this peace-keeping people can withstand? 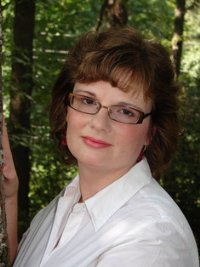 Kelly Long was born and raised in North Central Pennsylvania. There was an Amish hitching post at the small grocery store in her town. She loves to write Amish romance and is the author of novel, Sarah's Garden, the novella Amish Christmas Expanded Edition with some other great Amish authors, Amish Love with Beth Wiseman and Kathy Fuller, and Lilly's Wedding Quilt--the sequel to Sarah's Garden. She lives in Atlanta with her husband and children.


This was written in an earlier time period than what I've read before and I enjoyed the difference very much.  Instead of dwelling on the differences between the Amish and the modern world, the author put a lot of work into who the Amish are as people and their beliefs, which I found very interesting.  I would recommend this book to those who like to read more about the olden days of the Amish.