Seventeen-year-old Mackenzie Smith is sent away to spend a boring summer at her grandma’s. But then she meets Wesley. He tells her exactly what she wants to hear and has information about her past that no one else knows. It’s almost like he can read her mind.
Only Wesley isn’t who he seems.


By the time Mackenzie discovers his true identity it may be too late. She’s in too deep and he won’t let her go. Now Mackenzie must call on the strongest power of all in order to save her life.


Mackenzie returns home from the summer with her grandma, certain that Wesley is out of her life for good.  Until the nightmares resurface, and strange things start to happen.

When the danger escalates and threatens those closest to her, Mackenzie must fight to save them. Only this time the evil is more powerful, and Mackenzie is faced with an impossible decision.

Mackenzie is looking forward to her eighteenth birthday and upcoming high school graduation. Until an unwelcome visitor from her past appears, threatening her future plans.
Will she ever be free?

Armed with a new weapon and the boy she loves by her side, Mackenzie prepares to fight. She doesn’t realize that she is about to step into the ultimate battle between good and evil, where the stakes are higher than ever before.

About the author, Amber Garza: 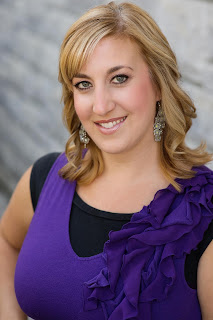 My name is Amber Garza and I LOVE to write. I’ve had a passion for writing since I was a little girl, making books out of notebook paper and staples. As an adult I’ve worked hard to make my dream of being published a reality. The Prowl Trilogy is my first finished series.. My next series will be out this October.

Learn more about Amber and her books on:
Blog
Facebook
Goodreads

"The Prowl Trilogy" are Christian YA novels of teen trials in life.  Amber pens her characters well developed and believable.  Even though these book are really not my style, I found myself engaged within the plot.

I give "The Prowl Trilogy" a 4 star rating.

The author is offering one (1) e-book from the Prowl Trilogy (Prowl or Entice or Unveil). To enter, simply complete the Rafflecopter below.

a Rafflecopter giveaway
* Disclosure of Material Connection: I am a member of Bookshelf Confessions and a copy of this book was provided to me by the author. Although payment may have been received by promotional Book Tours, no payment was received by me in exchange for this review. There was no obligation to write a positive review.  My Cozie Corner is not responsible for sponsor prize shipment.  All opinions expressed are entirely my own and may not necessarily agree with those of the author, publisher, publicist, or readers of this review. This disclosure is in accordance with the Federal Trade Commission's 16 CFR, Part 255, Guides Concerning Use of Endorsements and Testimonials in Advertising.