Cursed by God himself theses poor souls must forever wonder the universe in bodies that are forever aging. However, they have turned their curse into their strength, as they fight against every power in this universe to protect those that cannot protect themselves. Fighting with everything they have, single handedly taking on vast armies, even if it means they will be beaten to a bloody wreck they will still stand and fight. They shake planets to their very cores, darken the stars, and moving entire star systems, all for the protection of the universe, they are The Brothers Will, and they never back down. Now come join the fight as you learn how it all began.

Get the first in the series Cursed Heroes, The Ones Called Hackers (Volume 1)

From DNA Hackers -  Cursed Heroes The Ones Called Hackers

A smile came across Will’s face as he turned to one of the crew that was in the engine room. “Go tell the captain to get ready the ship is going to get a major boost.” Will then turn to Alin, “Get the extra power connections out, and hock them up to the engines power cell while I get ready.” As Alin pull out the cables and started to hock them into place Will closed his eyes “Hey Mark is there any creatures that you have become that can power the engines?” said Will under his breath “No, but there is one that is very conductive to electrical currents.” Replayed Mark, Will Smiled “I see where you’re going with this, well let’s change my body then.” Will opened his eyes, as he did his body began to change, his body grew slim, his skin became and almost clean color as what seemed like and electric current started running along his skin as his body stretched out like wires.

He wrapped his long Wire like Fingers around the ends of the cables that Alin had hocked to the engines. “Tell the crew we are ready to begin.” As Alin sent the message over the intercom, Will then began to take slow deep breaths to ready himself. “Don’t worry this should work Will I will have the nannies help channel the power to the engines I just hope it will be enough.” Said Mark as Will took his breaths. “We are good to go give it everything we have.” Said Alin from by the intercom as he strapped himself in. Will took one last deep breath “Don’t worry it Will be more than enough. Active Start-core 100%!”

Will’s words echoed through the ship, his chest starter to glow, static filled the air, Will’s eyes started to glow as energy started surging through his body. Then the hum of the engines changed, getting louder as the engines started to use the extra power Will was pushing into it. “It’s working we are at 85% no wait 90% we just need a little more power 98% now just hold out for a few minutes 100% and still rising!” Yelled Alin over the rough of the engines, Will’s hands pulled tight. “Push it all into the engines Mark” as he spoke the static in the air turn to bolts of energy discharging from Wills body into the air. The lights in every room of the ship grew brighter, “It’s at 200% if you keep this up for five minutes and we will be at the edge of the nebula!” Yelled Alin.

The engines roared loudly as the time passed by, two minutes in the gravity in the ship Failed and everything went weightless. The Gravity-core was to strong it was canceling out the gravity in and around the ship, and the ships artificial gravity genitors was not strong enough to keep up. Then three minutes in the ship’s hull started to rattle as if it were coming apart, “Don’t stop Will, give it everything till the last second.” Echoed The captain’s voice across the intercom. The two reaming minutes seam to pass even slower, as the rattling of the ship’s hull grew louder and the rower of the engines echoed through the ship like that of a ship yard with hundreds of ships.

From Time Hackers  -  Cursed Heroes The Ones Called Hackers

The Trapper was ready to fire and as they took aim, the captain ordered that everything be fired even what they were holding back in an effort not to destroy the whole planet during the battle. They were holding back because they figured if they destroyed the planet in the battle it would make it a lot harder to recover the power source if it survived. However, they no longer care about the power source they just wanted the brothers dead. Every gun on every ship lite up as they opened fire, raining down laser fire, bullets, and missiles of all kinds, then their bay doors opened and they let go everything they carried from small bombs to nukes. The brothers looked up; they watched the skies darken as the sun was blocked out by the attack. They knew the attack would destroy the planet if they didn’t do something; they looked straight up then spoke “Activate Star-core”.

They pushed their power past it limit as the first moved faster and faster becoming a blur then vanishing as he pushed himself through time faster and faster, then he opened fire shooting at the missiles, the were frozen from his view, moving so fast even shots stopped once they left his gun. The other moved his gun high as his eyes looked straight into the future, shooting off into the barrage of missiles, seeming to have no target but having missiles veer off course straight into the path of his every shot. The third did not pick his gun up but instead dropping his huge cannon he moved back; standing in the middle of his brothers, he raised his hands high. “Stop!” his words echoed through the battlefield and as they did every missile, rocket, and laser shot that approached the colony froze, even the missiles that had hit froze in the middle of exploding.

The bounty hunter commander fired the two weapons together; the bright beams mixed become a bright red beam headed straight for the brothers. The shot flew straight threw the missiles frozen in time, pulling them straight behind it as it pasted by them. The brothers turn their attention to the shot putting all their power into stopping it, but it came at them with full force not even slowing, and worst yet it broth with it a barrage of missiles.

The Brothers Three took the full force of the impact joining hands to boost their powers and with everything they had, they deadlocked every missile, bomb, and laser, headed for the colony freezing them in time permanently. However, the barrage of missiles the beam broth with it hit the three full force pounding them into the ground. As the smoke cleared, they lay in the huge crater, blood dripping from their broken bodies, surges of energy shooting from them. 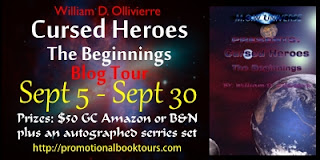