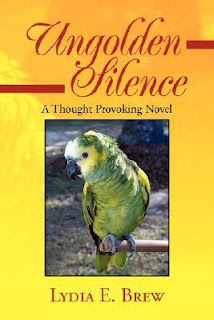 
Ungolden Silence will explore the world of rape and expose the myths through articles that are based on facts. The main question that needs to be answered is why one human being would rape another human being. These reasons are explored in a compelling story that will make the reader ask questions. Beatrice James wanted to take her  co-worker Elaine on her first professional trip, she had to convince her employers and Elaine’s parents that she wanted to take Elaine on the trip. Elaine was in charge of the campaign.


Thomas Paige is a well-respected community leader, however, there is whole other side of side of him. The man can be charming when he needs to be and that is why he can get away with sexually harassing and raping women. He began to harassed Beatrice did not want Elaine to have to deal with it. Beatrice did not want to deal with the fact that she was being sexually harassed.

When any crime takes place, the families of the victims as well as the criminal are involved. Ungolden Silence will illustrate that the criminal is a real person, and rarely does he commit crimes just for the fun of it.

It is important to know that rape is a part of violence. Through the characters of Ungolden Silence it is hoped that society will begin to find a way to eliminate the acceptance of violence, which includes the act of rape.

It is through Beatrice, Elaine, and their colleagues that Ungolden Silence begins to explore the world of rape. Each of the main characters discovers what he has believed about rape and violence is not entirely true. A good example of this is when the firm’s secretary is told what happened on the trip. She discovered that some things that she was told when she was young was a myth.

Through all of the characters, Ungolden Silence offers an alternative to the everyday acceptance of violence. When it comes to rape, it tells us that the rapists are human beings and there is a way to curb the crime.

What does the author wants the reader to take away is that the story is about a woman was rape while she and her business partner was away on a business trip. Her business partner is disabled but that is an important part of the story. However, it is not the main story.

About the Author, Lydia E. Brew: 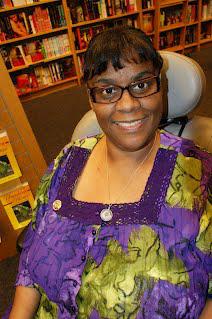 Lydia E. Brew was born with cerebral palsy but has not allowed her physical limitations to stand in her way. Her writing also provides insights into the world of the physically challenged. She graduated from Texas Southern University where she received The Society of Professional Journalist Sigma Chi Citation for Achievement.  She was a member of the drama club and pledged Alpha Kappa Alpha Sorority, Inc.  Under the leadership of one of her journalism professors, Miss Brew penned her first book Edith, The Story of Edith Irby Jones, M.D. about the first African-American to graduate from The Arkansas School of Medicine.  Upon finishing college, Miss Brew worked with the Houston Association of Black Journalists. She is a Christian and attends St. Timothy’s United Methodist Church.

Miss Brew founded Lydia’s Educational and Charitable Organization (LECO) when she decided to encourage young people to write.  LECO did this by sponsoring a yearly contest in which the contestant had to write about positive role models who were alive and from the Houston area. Each student who wrote an eligible essay was given a certificate of participation.  Winning writers received cash prizes.

Her second book Our Learn Together Book is based on the biography of Dr. Jones. It tells her story in a simplified format on one page and allows the child to writes his biography on the other. There are activities in the back where children can learn developmental skills and older children can learn to do research.

"Ungolden Silence" is an easy read, but hard read that is well written and very emotional with a topic that needs more recognition. A recommended read to all women.

I give "Ungolden Silence" a 4 star rating.

One luck reader will win a copy of "Ungolden Silence".  Open to US & Canada, 18 and older.  To enter, simply complete the Rafflecopter below.