"A Love By Any Measure" by Killian McRae {Book Review} 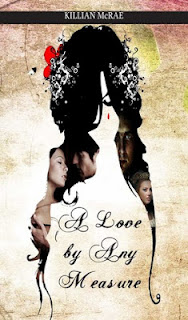 An Irish lass. An English lord. A love that overcomes all boundaries.

August Grayson has secretly dreamt of the girl living on his family's Irish estate since childhoods spent together in Killarney. Now a proper Lord of the British Empire, he knows that Maeve could never be more than just a distant fantasy. Still, if only...

Maeve O'Connor owns nothing in this world but her good name, which proves just enough to win a proposal for a marriage of convenience to a good, Irish lad. Until the wedding, however, she's in dire straits. Rent on the cottage she and her father share is due, but there simply isn't the money to pay. Driven to desperation, Maeve hopes Lord Grayson, childhood chum turned dashing English rogue, will prove lenient when she comes seeking clemency.

The temptation presented proves too much, and August offers Maeve a compromise: should she permit him twice as long on each succeeding visit to do whatever he wishes in pursuit of his pleasure, he will consider her rent paid. Starting with a mere five seconds, pulses soon out race the ticking clock, as August's desires become Maeve's own. Passion blinds them to the challenges closing in on both the Irish and English fronts, threatening to destroy the love they've only just rediscovered.

Working to bridge that which divides them, tempting fate with each stolen kiss, and torn between desire and obligation, Maeve and August must strive to overcome all and find a love by any measure...

About the Author, Killian McRae: 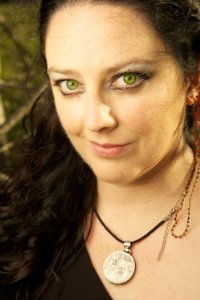 Killian McRae considers herself a fan of history, and tries to reflect this love in her fiction writing. In her debut novel, 12.21.12, she combined Ancient Mesoamerican and Egyptian history with hints of romance, suspense, and science fiction. Her current release, "A Love by Any Measure," is a historical romance set in the 1860's against the backdrop of English-Irish tensions and the uprising of the Fenian Brotherhood.

Killian holds a BA in Near Eastern History from the University of Michigan. She makes her home in the San Francisco Bay Area with her husband and two children.

She also writes YA fiction under the pen name M.C. Rae.

Purchase "A Love by Any Measure" on:
Amazon
Barnes & Nobel

Killian McRae creates a beautifully written historical romance with lovable and memorable characters.  "A Love By Any Measure" is a very emotional story with lots of sorrow, joy, suspense, and romance that you will find hard to put down.  There was absolutely nothing I didn't like about the book.  A total must real for all historical romance fans!

I give "A Love by Any Measure" a 5 star rating. 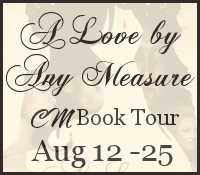