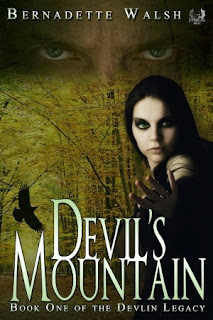 You will hate Him for all that he's taken, but you will love Him. God help you, you will love Him.Mary Devlin accepted her fate years ago, to serve Slanaitheoir, the mountain spirit who saved her ancestors from the Irish Famine. The hauntingly beautiful woman submitted to His every caress, His every humiliation, but He’s gone too far by threatening her family.Mary’s daughter-in-law is now an unwitting pawn in the fickle spirit’s game. Mary must challenge her fate and that of all future Devlin women, but Slanaitheoir is the most powerful being in the land. And when part of her still yearns for His touch and love, how can she fight him and win? 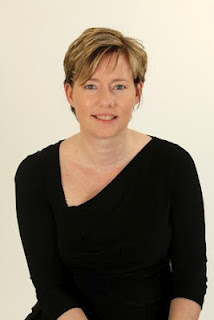 Bernadette Walsh is a native New Yorker who, when she isn’t busy practicing law and tormenting her fellow commuters on the Long Island Rail Road with the tap-tap-tapping of her laptop, enjoys reading and now writing novels. She also loves stealing the remote from her husband and indulging in her now not-so-secret obsession with reality TV. Bernadette has won several writing contests and has written: Gold Coast Wives (Lyrical Press) and The House on Prospect (Echelon Press). She has also written a paranormal trilogy, The Devlin Legacy. Book One--Devil's Mountain will be published by Lyrical Press in April and Book Two--Devil's Shore will be published by Lyrical in late 2012. Bernadette is hard at work on Book Three--Devil's Daughter.

I don't want to say to much and spoil it, so I'll just say.......Fantastic book, had a really hard time putting it down! Filled with mystery, romance and a bit spooky, Bernadette Walsh out did her self with this one and kept me guessing right to the end. A must read for all who love paranormal romance!

I give Devil's Mountain a 5 star rating!

*Disclosure: I received no compensation for this publication. My opinions are my own and may differ from those of your own. XXXXX is not responsible for sponsor prize shipment. This disclosure is in accordance with the Federal Trade Commission's 16 CFR, Part 255, Guides Concerning Use of Endorsements and Testimonials in Advertising.