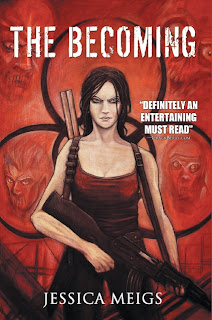 
The Michaluk Virus is loose.

In the heart of Atlanta, Georgia, the Michaluk Virus has escaped the CDC, and its effects are widespread and devastating. Most of the population of the southeastern United States have become homicidal cannibals. As society rapidly crumbles under the hordes of infected, three people—Ethan Bennett, a Memphis police officer; Cade Alton, his best friend and former IDF sharpshooter; and Brandt Evans, a lieutenant in the US Marines—band together against the oncoming crush of death and terror sweeping across the world.

As Cade, Brandt, and Ethan hole up in a safe house in Tupelo, others begin to join them in their bid for survival. When the infected attack and they’re forced to flee, one departs to Memphis in search of answers while the others escape south to Biloxi, where they encounter more danger than they bargained for. And in Memphis, the answers that one man finds are the last answers he wanted, answers that herald a horrific possibility that there may be more to this virus than first suspected. 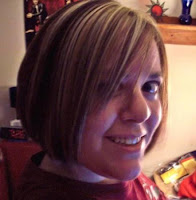 Jessica Meigs is the author of The Becoming, a post-apocalyptic thriller series that follows a group of people trying to survive a massive viral outbreak in the southeastern United States. After gaining notoriety for having written the series on a variety of BlackBerry devices, she self-published two novellas that now make up the first book of the series. In April 2011, she accepted a three-book deal with Permuted Press to publish a trilogy of novels. The first of the trilogy, entitled The Becoming, was released in November 2011 on Amazon, Barnes & Noble, and Audible in paperback, eBook, and audiobook formats. It was also named one of Barnes & Noble’s Best Zombie Fiction Releases of 2011 and Best Apocalyptic Fiction Releases of 2011. In March 2012, she released a related novella entitled The Becoming: Brothers in Arms. The second novel in the series, The Becoming: Ground Zero, is coming in July 2012 from Permuted Press, with a third novel, The Becoming: Revelations, to follow. A fourth and fifth book are currently in the process of being written.

Jessica lives in semi-obscurity in Demopolis, Alabama. When she’s not writing, she works full time as an EMT. She enjoys listening to music and spends way too much time building playlists for everything she writes. When she’s not rocking out at concerts or writing or working, she can be found on Twitter, on Facebook, on Amazon and on Goodreads. You can also visit her website.


The zombie craze exploded in the last few years and unfortunately you will come across those that are not worth the read, but The Becoming is NOT one of them.  From the beginning it hooks you right into the action and it's non-stop.  Jessica Meigs pens her characters very believable in the very interesting story line.  Just be warned that when you reach the end, you won't be able to wait for the sequel!

I give The Becoming a 5 star rating!

* Disclosure of Material Connection: I am a member of Reading Addiction Blog Tours and a copy of this book was provided to me by the author. Although payment may have been received by Reading Addiction Blog Tours, no payment was received by me in exchange for this review. There was no obligation to write a positive review. All opinions expressed are entirely my own and may not necessarily agree with those of the author, publisher, publicist, or readers of this review. This disclosure is in accordance with the Federal Trade Commission's 16 CFR, Part 255, Guides Concerning Use of Endorsements and Testimonials in Advertising.
Posted by Unknown at 12:44 AM