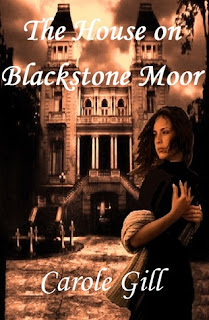 “They say my father was mad, so corrupted by evil and tainted by sin that he did what he did. I came home to find them all dead; their throats savagely cut. My sisters only five and eight were gone as well as my brother who was twelve. My mother too lay butchered in her marriage bed. The bed her children were born in…”

Young Rose Baines discovers the savage murders of her family by her mad, incestuous father.

She is plunged into a nightmare of hell and is incarcerated in two madhouses after which she is helped to obtain a position as governess at Blackstone House.

The house is located on haunted moorland. Nothing is as it seems for Blackstone House and its inhabitants have hideous secrets. There is unimaginable horror there but there is love too--love that comes at a terrible price.

The story is as haunting as it is terrifying and will remain with the reader long after its disturbing tale has been told. 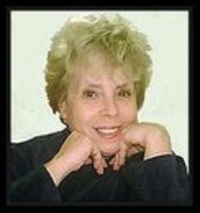 I wrote my first story at age 8. It was sci-fi but as both my parents were sci-fi fanatics it wasn’t a surprise.

I continued to write however life got in the way as it often does, and it wasn’t until 2000 that I turned back to writing. I joined a local writer’s workshop and was greatly encouraged to keep up with my writing and to send things out.

Shortly afterwards, I was selected by Northwest Playwrights of England for further development but found I preferred fiction writing.

Widely published in horror and sci-fi anthologies, The House on Blackstone Moor is my first novel. It is a tale of vampirism, madness, obsession and devil worship.

Set in 19th Century Yorkshire, its locales include Victorian madhouses as well as barren, wind-swept Yorkshire moors. The story is a marriage of horror and Gothic romance. I think it can best be described as being Gothic paranormal romantic horror.

I suppose you could say I want to put the Goth back into Gothic.

Living in the area the novel is set in, was very beneficial. Also, as a great admirer of the Brontes and frequent visitor to the Bronte Parsonage in Haworth, I found myself nearly obsessed with recreating the Gothic romantic narrative.

Having been employed in a hospital which had been historically a workhouse and asylum in Victorian times, I was able to add great realism to the depiction of the asylums as described in my novel.

The sequel, Unholy Testament, is the confession of a demon to the woman he loves. It is nearing the end of its first draft and will be released shortly.


I read The House on Blackstone Moor in two days and from the beginning I was hooked!  This book is an amazing read that kept me guessing what will happen next. Carole Gill pens her characters so they actually made you feel your back in time with them.  I have to admit (which I really don't like to do), this is one of the best Gothic novels I've read in a very long time.  A must read for everyone that likes more of an "edgy" tale.

I give this a 5 star rating.

*Disclosure: I received no compensation for this publication. My opinions are my own and may differ from those of your own. My Cozie Corner is not responsible for sponsor prize shipment.