"The Strangers Outside" by Vanessa Morgan {Book Review} 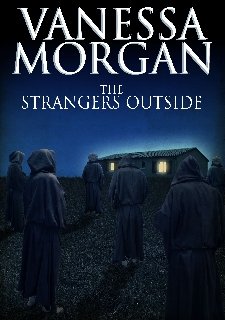 
Two sisters, Jennifer and Louise, return to their remote holiday cabin after a day at the seaside. But little do they know they're being surrounded. Shortly after their arrival, the girls will come face to face with THE STRANGERS OUTSIDE. When the assailants make their intentions known, things take a shockingly terrible turn and an intense battle for survival will begin. 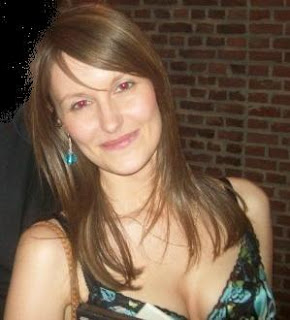 When Vanessa Morgan’s first novel of supernatural suspense, Drowned Sorrow, came out in 2009, critics all over the world praised her as the ‘female version of Stephen King’. In 2010 followed a short YA story: The Strangers Outside. Both books quickly became Amazon bestsellers and are currently being turned into movies.


Suko’s Notebook called her writing “Everything horror fiction should be: creepy, scary, suspenseful, and yet also touching”, horror director Lucky McKee said Vanessa is “a startling new voice in horror”, and author Scott Nicholson has hailed her as a “talent of pacing and spookiness”.

Vanessa Morgan was born May 24, 1975 in Vilvoorde, Belgium. She graduated from Vrije Universiteit Brussel and she first worked as a freelance journalist, a language teacher and a pet supply store manager before becoming a full-time writer. Her native language is Dutch, but she loves to write in other languages such as English and French.

Vanessa Morgan lives in Brussels, Belgium, where she is at work on a French vampire screenplay for Radowski Films and a comic book series starring her beloved cat Avalon.

Learn more about Vanessa Morgan and her books:


The Strangers Outside is a short story, but pack with eerie and creepy action. I really would love to see this in a full length novel but then I would have to read this early during the day and/or with all the lights on. So, if you love a good scare, this is a book for you.  Pay attention to the moral of the story, it will start you thinking.....

I give The Strangers Outside a 5 star rating.

Disclosure: I received the above product(s) from the company in exchange for an honest review. I received no compensation for this publication. My opinions are my own and may differ from those of your own. My Cozie Corner is not responsible for sponsor prize shipment. This review is brought to you by Charisma Media. This disclosure is in accordance with the Federal Trade Commission’s 16 CFR, Part 255, Guides Concerning the Use of Endorsements and Testimonials in Advertising.
Posted by Unknown at 1:32 AM