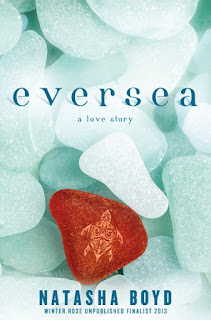 
An orphaned small-town southern girl, burdened by responsibility and stuck in time.

A Hollywood A-list mega-star, on the run from his latest scandal and with everything to lose.

A chance encounter that leads to an unlikely arrangement and epic love affair that will change them both forever.

When his co-star and real-life girlfriend is caught cheating on him with her married and much older director, A-list hottie, Jack Eversea, finds himself in sleepy Butler Cove, South Carolina. Jack hopes the sultry southern heat in this tiny coastal Lowcountry town will hide him not only from the tabloids and his cheating girlfriend, but his increasingly vapid life and the people who run it.  He doesn’t count on meeting Keri Ann Butler.

Keri Ann has relied on herself so long, dealing with her family’s death and the responsibilities of keeping up her family’s historic mansion, that boys and certainly the meager offering of eligible boys in Butler Cove, have never figured into her equation.  But fate has other plans.  Suddenly face to face with the man who played the movie role of her favorite fictional character, Jack has Keri Ann yearning for everything she has previously avoided ... and Jack must decide whether this funny, sassy girl is worth changing his life for, before his mistakes catch up to him. Thanks so much for having me on your blog today!  It has been an exciting few days with the release of my debut novel Eversea.

Eversea is a contemporary romance set in the Lowcountry. Where is the Lowcountry? Experts disagree on exactly which geographical boundaries contain it. Some say it runs all the way from Jacksonville, FL up to Myrtle Beach, SC.  But die-hards will tell you that it’s a much smaller wedge—pretty much from Savannah, GA up to Charleston, SC.

If you’ve ever visited this part of the world you would probably agree. There’s just something about the ghost stories, the marshes, the shrimp ‘n grits, and the Spanish moss that decorates everything like tinsel, that makes you want to sit on a porch swing and sip a sweet tea—immediately.

It was wonderful to explore the developing relationship of the Hollywood mega-star, Jack Eversea, and the sweet down to earth southern gal, Keri Ann Butler, who is so shaped by the Lowcountry environment in which she lives.   And Jack? Well, Jack doesn’t know what hit him when he meets Keri Ann, and I like to think the Lowcountry seduced him a little bit too.


Natasha Boyd is a writer with a background in marketing and public relations. She lives in the coastal Carolina Lowcountry, complete with Spanish moss, alligators and mosquitoes the size of tiny birds.  She has a husband, two sons and a cat named Tuna.  Eversea is her first full-length novel.

If you happen to be in the Carolina Lowcountry and would like to meet Natasha, please stop by and join us! 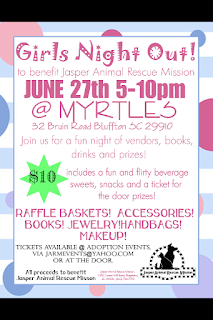 
Natasha pens "Eversea" in a plot filled with the Lowcountry lifestyle, drama, romance and heartbreak. Her characters were well developed, interesting, strong, real and very believable. This book was a pleasure for me to read as I live in the coastal Carolina Lowcountry and could totally picture everything that was going on. There is a nice cliffhanger at the end and now I can't wait for the next installment to come out! A fantastic debut novel from the author that should be on everyone's TBR list and highly recommended. 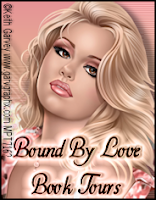 * Disclosure of Material Connection: I am a member of Bound By Love Book Tours and a copy of this book was provided to me by the author. Although payment may have been received by Bound By Love Book Tours, no payment was received by me in exchange for this review. There was no obligation to write a positive review. All opinions expressed are entirely my own and may not necessarily agree with those of the author, publisher, publicist, or readers of this review. My Cozie Corner is not responsible for sponsor prize shipment. This disclosure is in accordance with the Federal Trade Commission's 16 CFR, Part 255, Guides Concerning Use of Endorsements and Testimonials in Advertising.