* Disclosure of Material Connection: I am a member of Pump Up Your Book Tours. Although payment may have been received by Pump Up Your Book Tours, no payment was received by me in exchange for this review. There was no obligation to write a positive publication. This disclosure is in accordance with the Federal Trade Commission's 16 CFR, Part 255, Guides Concerning Use of Endorsements and Testimonials in Advertising. 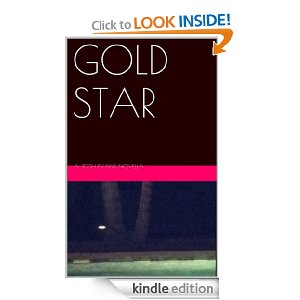 Star leaves the city for nowhere, she just needed to get out. Along the way she found a new circus to join, a collective of rock n roll royalty, the coolest music scene in the world up there in the Joshua Tree....


Purchase your copy at AMAZON

'The Daily Press's Kevin Thomas called Inside the Goldmine, in which Evans starred in 1994, a "meaningful look at a nihilist" and "the kind of film that could be made only by someone prepared to strive for self-knowledge." About his independent film, The Price of Air, the Los Angeles Times review pointed out that "Evans also stars, giving a persuasive portrayal as the naive but likable slacker, Paul... ." He followed The Price of Air by producing and directing the 35mm Glam, which a Los Angeles Times review called "an edgy tale of Hollywood innocence, corruption." Evans also wrote, produced, and directed the independent film, Che Guevara, in 2005. At a 2006 conference sponsored by UCLA's Latin American Center's Working Group on Education and Culture, Che was screened. His latest book is Gold Star