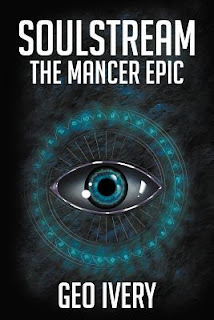 The Mancer Epic is the first of a nine-book epic series, entitled Soulstream. It is about ordinary teenagers who discover that they were worshiped and revered as gods in an earlier lifetime. Unlocking the mysteries of the universe, they race against time to save others like them from being hunted and killed by a secret society, OZONE, that wants them only to exist in mythology. Using uncanny powers from the Soulstream, which humans call Heaven, these characters, known as Mancers, prepare for an inevitable war that could end the world as we know it.

About the Author, Geo Ivery: 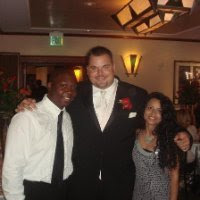 Geo Ivery was born in Benton Harbor, Michigan, in 1978. He is a professional graphic artist, comic book character developer, and computer game designer with a B.A. degree in Computer Animation. Raised all over the world in a military family, he has been influenced by many cultures and places, which has added a fantastical twist to his stories. He sees everyone as a comic book character and loves to find both the gifts and the flaws that make people unique, so that the world can see Magick through his vision.

With thousands of original characters in his head, he has created worlds parallel to our own, but so much brighter and more vivid. Geo has worked with private editors nationwide, has ghostwritten graphic novels, and has developed back stories of characters for multimillion-dollar companies. His work has been compared to Percy Jackson and the Lightning Thief, Harry Potter, X-Men, The Matrix, and The Da Vinci Code.

Learn more about Geo and his books on:
Website
LinkedIn
Goodreads

Geo pens "Soulstream" in a plot that is filled with suspense, action, mystery, drama, and emotions. There are many different characters, but I really didn't have a hard time following them as they were vividly described and well developed. I totally enjoyed the book and had a really hard time putting it down, now I can't wait for the next book in the series. Highly recommended for all YA, sci-fi and paranormal fans.

I give "Soulstream" a 5 star rating.