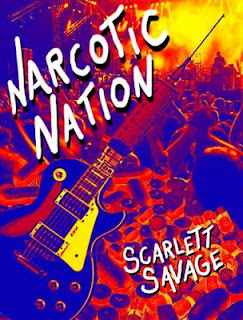 
About the Author, Scarlett Savage: Scarlett pens "Narcotic Nation" in a plot filled with sex, death, drugs and rock n' roll where drugs are legal. Well written with interesting characters, the author brings forth the question of what if drugs were legal and how the world might be within the story line. A great read with a touch of humor that kept my attention from the beginning to end. Highly recommended!

I give "Narcotic Nation" a 5 star rating.