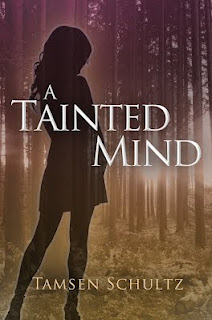 
OBSESSED with her job as a medical examiner and lead consultant with the FBI, Dr. Vivienne ‘Vivi’ DeMarco is a woman running from her own demons. And finding the remains of a body on the side of a road in rural upstate New York wasn’t part of her plan.

FRUSTRATED that the ghosts from his past won’t leave him alone, Ian MacAllister makes for a reluctant Deputy Chief of Police of Windsor, New York. But as more victims are discovered, all women that bear a shocking resemblance to Dr. DeMarco, he knows he’ll need to call on all the skills he learned as an Army Ranger if he wants to keep her safe.

DENIED over and over again of the one thing he desires most, a killer may have finally reached his breaking point. The only question that remains is, will he take Vivi and Ian with him?


About the Author, Tamsen Schultz: 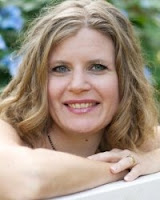 Tamsen Schultz is the author of The Puppeteer and “American Kin” (a short story published in Line Zero Magazine) and is a three-time finalist in the Pacific Northwest Writers Association annual competition. She worked in the field of international conflict resolution and co-founded a non-profit prior to attending law school. Since graduating, she has worked as a corporate attorney and, like most real lawyers, she spends a disproportionate amount of time thinking about what it might be like to do something else. She lives in Northern California in a house full of males including her husband, two sons, a cat, a dog, and a gender-neutral, but well-stocked, wine rack. A Tainted Mind is her second novel and her third, These Sorrows We See, is tentatively scheduled for release in late 2013.

Purchase "A Tainted Mind" on:
Amazon


Tamsen pens "A Tainted Mind" in a plot that is filled with mystery, adventure, and romance. With her well developed and strong characters, they kept me turning the pages. This was one book that I thought I had it all figured out but then BAM another twist was thrown in. A must read that will not disappoint for all romantic suspense fans.

I give "A Tainted Mind" a 5 star rating.


* Disclosure of Material Connection: I am a member of Reading Addiction Blog Tours and a copy of this book was provided to me by the author. Although payment may have been received by Reading Addiction Blog Tours, no payment was received by me in exchange for this review. There was no obligation to write a positive review. All opinions expressed are entirely my own and may not necessarily agree with those of the author, publisher, publicist, or readers of this review. This disclosure is in accordance with the Federal Trade Commission's 16 CFR, Part 255, Guides Concerning Use of Endorsements and Testimonials in Advertising.