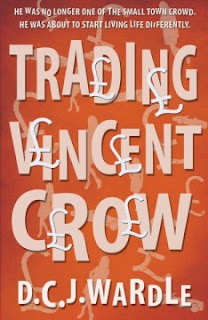 
Vince Crow had heard somewhere that you could trade a piece of useless junk on the internet and within a year of swapping it for better and better things you could get cool stuff. Crow decided that he himself was going to start off as that piece of tat, jump from one job to the next; indeed he would trade one lifestyle for a new one, until he was finally a success. Every three months he would have to trade-up for an entirely new life - new job, new girl, new wheels, new pad, new threads - until he reached the top.

The plan of comparing himself to a used item traded over the internet was of course marginally flawed, as there is a human factor to all of this which he'd over-looked. Besides, success isn't just about work. It's about the car, the clothes, the house, and getting the girl, so changing all of that with every new trade upwards is a lot more difficult than swapping an old stereo in the classifieds. Crow quickly learns what the price of success really is. An education he would never have got if he had gone to college. 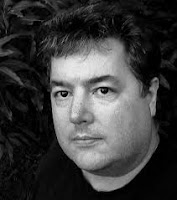 The broad idea of the book relates to a man in America who swapped a paperclip on e-bay and after many more swaps he eventually got himself a house. In ‘Trading Vincent Crow’ this idea was taken to the extreme that Vince has to trade his entire life every 3 months until he gets to where he needs to be. The book is quite episodic, as each trade-up is in a different place with different characters and interactions. As a result, the inspiration for each chapter has varied considerably. For example, in my own formative years I had quite a number of jobs washing-up in the kitchens of different pubs and bars, an experience that I have loosely drawn upon for elements of the first chapter. Later on in the story there is an explosion caused by a cook trying to kill insects that are on the cooker with a large canister of spray, whist the gas rings are still lit. This actually happened to a cook on a team I was with whilst I was doing a job in Uganda. The destruction achieved was quite incredible as I recall. Fortunately, the damage to the cook was far less severe.