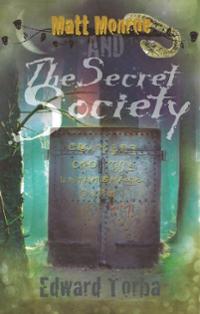 Matt Monroe, a fourteen-year-old boy, puts his fears aside as he travels to a same-time dimension to fulfill a prophecy. The saga begins when Matt finds a set of mysterious wooden tablets and an onyx ring. Soon he and his older brother, along with five friends, find themselves transported to the world of Paragon, where they face numerous obstacles. This is an account of deception and betrayal, mixed with courage and the bonds of friendship. Prepare yourself for an exciting adventure with an extraordinary ending.

About the Author, Edward Torba:

Edward Torba is a life-long resident of Latrobe, PA. Ed enrolled at the University of Pittsburgh after graduating from Derry Area High School in 1969. He graduated from Pitt, majoring in Biology in 1973. It was at this time in his life that he had to decide between dentistry or a career in marine biological research. He chose dentistry. Also attending Pitt, he received his Doctorate in Dental Medicine in 1977.

All the while in dental school Ed had his goal set to be a child’s dentist, Pedodontist. However, after eight years of college he decided to join a classmate and open up a private office practicing general dentistry. That was in September 1977. Thirty-six years later, he is still in private practice with Dr. Richard Hansen. Their office is located in the little village of Kingston, Pa; mailing address is Latrobe, PA.

Ed always showed an interest in writing. His hobby began to take root in Dental School where he developed a children’s story about a fictional character, King Molar. Previous publications to his credit are The Magic Trip and Boys Club Guide to Youth Football.

It was after reading the Harry Potter series of books that Ed was inspired to write a series dealing with normal teens who deal with extraordinary circumstances. The first book, Matt Monroe and The Secret Society, was completed in early 2012. It now available on-line or through Barnes and Noble Book Stores. This book deal with the positive aspects of life: teamwork, friendship, trust, honor.

While still running a full-time dental practice, Ed still takes the time to write. His current story in the works is Matt Monroe and The Haunted House.

Edward Torba pens "Matt Monroe and The Secret Society" in a plot filled with mystery and suspense in an alternate reality that flows in a really nice pace. His characters in this YA fantasy were well developed, interesting, different and realistic. This book was a nice fun surprise for me and I totally enjoyed it. Highly recommended for all YA and not so YA readers.

I give "Matt Monroe and The Secret Society" a 5 star rating.