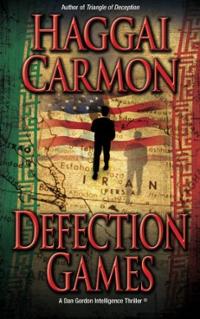 
There’s a war being fought, but it’s just below the surface and away from the media’s gaze. It’s the civilized world against the theocratic pariah state of Iran — a race to stop their development of a nuclear weapon.

That’s where Dan Gordon, an Israeli lawyer and former Mossad agent now contracted by the CIA, comes in. He is an indefatigable lone wolf, never safe from hostile moves even by those he should trust. He is undeterred, and hurdles he successfully overcomes are only preludes to new ones.

Dan is assigned with the dangerous and sensitive joint CIA / Mossad mission: to extricate from Iran a defecting general with a trove of intelligence golden nuggets. Operating beyond enemy lines and hostile territory, Dan realizes that he is being maneuvered by others, leading him to question his mission, his target and his superiors.

The world is not waiting for Iran to develop a nuclear weapon. Unnamed powers daily frustrate their efforts and plans. Iranian nuclear installations explode, ships carrying nuclear components sink, and their scientists are assassinated. Nobody is claiming responsibility and the Iranian government is helplessly shooting in the dark.

But for this clandestine war to be fought in the shadows, intelligence services must first gather information on Iran’s capabilities. These operations are intricate and conniving beyond the stretch of the imagination. The intelligence operatives know that changing loyalties, betrayal and treason are not the exception, they are the rule. In the cesspool of the covert intelligence war, there are no long-term loyalties, only immediate interests.

In a chase through Iran, Syria, Turkey, Paris, Rome and Dubai, Dan completes his mission successfully, heeding the intelligence officer’s 11th Commandment, “Thou shalt not get caught.” Enemy, friend — these shift daily. That’s why Dan must sleep with one eye open. Always.


About the Author, Haggai Carmon: 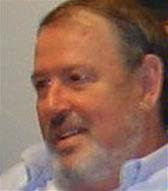 Haggai Carmon is an Israeli-born international attorney sharing his time and practice between the United States, Israel and the rest of the world. Since 1985, he has represented the U.S. Department of Justice in its Israeli litigation. Several other federal agencies have also assigned him with worldwide responsibility for undercover intelligence gathering outside the United States. He has performed this sensitive investigative work in more than thirty foreign countries. The undercover work of Haggai Carmon inspired his thrillers. They describe CIA/MOSSAD cooperation where the protagonist Dan Gordon, a Mossad veteran now working for the U.S Department of Justice in foreign intelligence gathering, discovers that the seemingly routine cases he is handling are espionage or terrorist related.


Learn more about the Author and his books on:
Website


Haggai Carmon pens "Defection Games" in a plot filled with excitement, spies and intelligence agencies. This is the first book I have read by the author, but between his vivid characters and the story line which you can tell was written from experience, I was totally captivated from the start.  A highly recommended read for all mystery thriller fans.

I give "Defection Games" a 5 star rating.