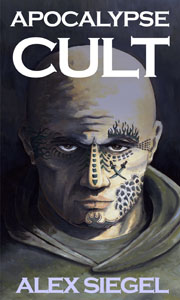 
APOCALYPSE CULT is the first book in the Gray Spear Society series. They are God's secret warriors, His henchmen, His assassins cloaked in shadows. When lives and souls are at risk, He sends the Gray Spear Society to save mankind. This time the enemy is the Church of One Soul, a cult that intends to kill thousands of unsuspecting tourists in Chicago. But this is merely the first step in plunging the world into a devastating war. The Society has only a few days to destroy their elusive foe, despite interference by overzealous federal agents.

About the Author, Alex Siegel: 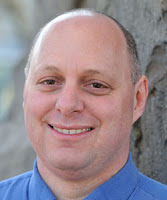 Alex Siegel grew up a math and computer geek. At the age of twenty-five, he received a Ph.D. in Computer Science from Cornell. He continues to make a good living as a software developer in Chicago. In his late twenties, he took up creative writing as a serious pastime with the intention of eventually making it his career. This goal has been elusive, but failure is not an option. In 2001, his wife gave birth to triplet boys. People often ask him how he still finds time to write. In 2009, he began the Gray Spear Society series, and he hopes it will be his key to literary fame.


Alex Siegel pens "Apocalypse Cult" in a believable plot filled with action, suspense and enough twists and turns to keep you turning the pages. His characters were believable, realistic and in depth which made it a very interesting and captivating read. I was pleasantly surprised that the book was nothing like I thought it would be....filled with religion, but more on the lines of a supernatural mystery with just a touch of religion. I was totally taken with this book and highly recommend it to all mystery, suspense and supernatural fans.

I give "Apocalypse Cult" a 5 star rating. 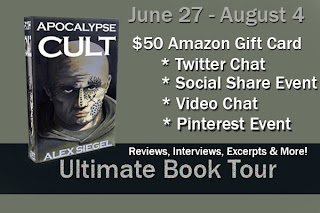