* Disclosure of Material Connection: I am a member of Partners In Crime Tours. Although payment may have been received by Partners In Crime Tours, no payment was received by me in exchange for this review. There was no obligation to write a positive publication. This disclosure is in accordance with the Federal Trade Commission's 16 CFR, Part 255, Guides Concerning Use of Endorsements and Testimonials in Advertising. 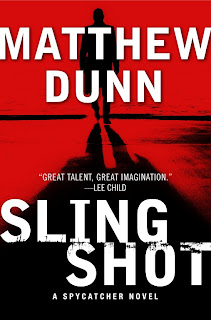 
Master spy Will Cochrane must catch a missing Russian defector as well as one of Europe’s deadliest assassins in this action-packed follow-up to Sentinel, written by real life former field officer Matthew Dunn.

Will Cochrane monitors the nighttime streets of Gdansk, Poland—waiting for the appearance of a Russian defector, a man bearing a top secret document, who Will believes is about to step out of the cold and into the hands of Polish authorities. But suddenly everything goes sideways. The target shows up, but so does a team from Russian Foreign Intelligence Service (SVR) hell-bent on keeping the man from walking. Then, in a hail of crossfire, a van speeds into the melee and snatches the defector out from under them all. Everyone wants the man and the codes he carries—but now he’s gone and it’s up to Will and his CIA/MI6 team to find him before the Russians.

Will tracks both the missing Russian and his kidnappers, believing the defector has his own warped agenda. But soon it’s apparent that the real perpetrator could be someone much more powerful: a former East German Stasi officer who instigated a super-secret pact between Russian and US generals almost twenty years ago. An agreement, which if broken for any reason, was designed to unleash the world’s deadliest assassin.

Then Will learns that the Russians have tasked their own ‘spycatcher’—an agent just as ruthless and relentless as Will—to retrieve the document. Now Will knows that he faces two very clever and deadly adversaries, who will stop at nothing to achieve their aims. 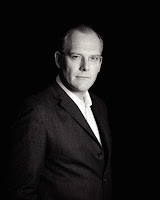 As an MI6 field officer, MATTHEW DUNN recruited and ran agents, coordinated and participated in special operations, and acted in deep-cover roles throughout the world. He operated in environments where, if captured, he would have been executed. Dunn was trained in all aspects of intelligence collection, deep-cover deployments, small-arms, explosives, military unarmed combat, surveillance, and infiltration.

Medals are never awarded to modern MI6 officers, but Dunn was the recipient of a rare personal commendation from the secretary of state for work he did on one mission, which was deemed so significant that it directly influenced the success of a major international incident.

During his time in MI6, Matthew conducted approximately seventy missions. All of them were successful. He lives in England, where he is at work on the fourth Spycatcher novel.