About the Author, Ariella Moon: 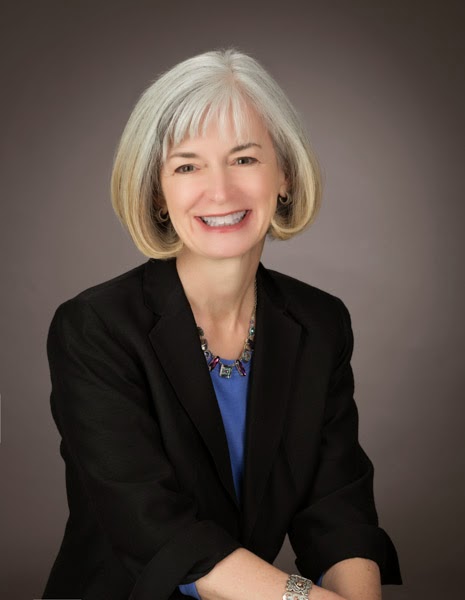 Two girls, one guy, and a spell book — what could possibly go wrong?

Blurb
Ever since Evie’s photojournalist dad died, paralyzing fear prevents her from picking up a camera. If Evie can’t pull it together soon, she’ll lose her position as Yearbook Photo Editor and suffer academic failure. Even worse, Evie will lose Jordan, her secret crush, if she can’t stop her supposed friend, Parvani, from casting a love spell on him. Despite a falling out, Evie never forgot Jordan. Now they are lab partners and the chemistry between them definitely sparks. Soon the moon will be in the optimum phase for magic. Parvani possesses a brimstone-hissing spell book. To save Jordan, Evie must join forces with Salem, the school Goth. The clock is ticking. Can Evie get her mojo back in time to check this spell?

Excerpt
About ten minutes into class, while Mr. Esenberg wrote on the board, I heard Jordan slide his feet under my desk. My breath wedged in my throat as the tips of his size nine high-performance sneakers nudged the heels of my shoes. Could the girl in front of me hear my heart thudding? Should I move my feet forward?
My feet tingled and refused to move. A blush blazed across my cheeks. I struggled to pay attention to Mr. Esenberg without making eye contact. Forty minutes passed, the bell blared, and I had no idea what had transpired. Hopefully, my notes will make sense. I think I took notes.
Jordan slid his feet back and thudded his book closed. We both bent down and reached for our backpacks. His leaned against mine. Our hands brushed and our heads were so close I could smell his herbal shampoo.
Students walked past us. I’m sure some of them were talking to each other or flipping open their cell phones. But it all faded away along with the smell of chalk, highlighters, and sweat. Everything receded except the warmth of Jordan’s skin, his cinnamon gum-scented breath, and the heart-stopping rush sprinting up my arm.
“Evie?”
We jerked apart. Seeing Parvani in the doorway looking hurt and shocked snapped my senses into hyper focus. Conversations sounded extra loud. Colors seemed too bright. It felt like a movie had started, full blast, in a hushed theater.

What if the one person who saw through your lies and loved you, harbored a secret that could cost you everything?

Blurb
Goth outcast, Salem Miller, believes her love spell failed until Aidan Cooper arrives at Jefferson High. When he chooses her over the popular girls, Salem knows magic brought him. But can she summon enough wizardry to save her sister? Salem fears Amy’s next suicide attempt will succeed. Magic brought Aidan. Maybe it can cure Amy. Salem’s last hope lies hidden within a damaged grimoire, nearly destroyed by a wrongful love spell. Was her rightful love spell enough to restore it?

Newest Jefferson High transplant, Aidan Cooper, doesn't expect to be attracted to a goth. Then he realizes Salem is throwing a glamour—pretending to be something she’s not. Guess it takes one to know one, since his whole life has been a lie. But if his kidnappers discover he's broken their No Attachments rule, he'll never see Salem again. Worse, he’s terrified they’ll harm her when they discover she possesses the ancient grimoire. To protect Salem, Aidan must destroy the grimoire, and escape his captors.

While Salem races to unlock the Get Well Spell, Aidan scrambles to overcome his past. With their star-crossed paths at odds, will time run out for both of them?

Excerpt
Aidan lowered his hand. His finger pressed against my skin, shooting a delicious tingle up my arm. When I didn’t move away, he hooked his finger over mine. My breath caught. We stayed, frozen, hyper-focused, for what seemed like three lifetimes. Then Aidan trailed his fingertips across the back of my hand. The soundtrack, popcorn smells, and theater audience melted into the background. The world narrowed down to the unspoken grief and need entangled in Aidan’s touch.
I rotated my hand so my palm faced upward. Aidan hesitated. Our gazes locked in the flickering light. The spell link humming between us lit up like blue lightning. At least I think it was the spell link. Aidan plunged his fingers between mine. Our palms pressed together, igniting a current. Air shuddered from my lungs. Magic rippled from us in successive waves.
My heart stuttered. My breath ceased. Every cell within me vibrated. Troops of fairies or dragonflies took flight in my lower abdomen. It’s possible blue lightning shot from my boots.
Good thing I wasn’t holding the popcorn.

Can two people forge a future when their secret pasts collide?

Blurb
New school. New friends. New reputation. High school sophomore Ainslie Avalon-Bennett works hard to hide her Crazy Girl past. But as long as her best friend’s disappearance remains unsolved, she can’t shake the depression and obsessive-compulsive disorder that once landed her in a mental ward.

Ainslie’s tenuous control over her life shatters when her warring parents ditch her at Christmas. While they take a cruise to “work things out,” Ainslie must spend the holiday in Palm Springs with her aunt and uncle, owners of a struggling Mystery School and occult store. Plunged into the world of fire fortunes, dragons, entity eaters, and an ailing spell book, Ainslie is well beyond her comfort zone. Then she meets a boy who spikes her pulse and calms her OCD.  But will she lose him once he discovers her past? Or will his deadly secret, hidden in plain view, be their undoing?

Excerpt
"Jett's a jerk!" I mumbled as soon as I was out of earshot of Spiral Journeys. The light breeze and traffic sounds barely registered in my brain. I glanced back twice; unable to shake the feeling someone or something was following me. Although the only footfalls I heard were the slap of my own flip-flops, I was surprised to find the sidewalk empty. I stalked past the consignment store and the gas station with its petrol fumes. By the time I'd reached the artists' collective I felt an inner glow and a definite nudge between my shoulder blades.
The dragon. Good. Maybe it will teach me how to breathe fire.
It shadowed me, silently nudging, teasing to life a pair of heavy, invisible wings. My face warmed. I radiated. All my anger and frustration dissolved into the white light. I rolled my shoulders, delighting in the novel tug of muscles, the heft of massive wings.
I sensed the dragon peering over my head as we traipsed the last few steps to Coyote Crossroads' orchid door. A fit-looking middle-aged couple emerged as I reached for the driftwood handle. They both did a double take when they saw me. The wife pressed her palms together in prayer position. The husband removed his outback hat and pressed it to his heart, bowing his head as he held the door open for me. I nodded and glided past them.
My body elongated, and I swore I grew six inches. Inside the cafe, there was no line. Another miracle. I paused beneath the fern‑painted ceiling fan and scanned the wall menu. I wasn't sure what I was looking for, but a weird craving fueled my search.
The dragon exerted pressure between my shoulder blades, prompting me. "A Scorpion's Nest smoothie."
Morningstar leaned over the high counter and gave me a once‐over. "You feeling okay?"
I licked my lips. "Absolutely." I had never tasted an orange juice, vanilla ice cream, and peanut butter combo, but I slapped the countertop and said, "I'm fine. Hit me."
Morningstar tilted her head to one side and studied me.


Purchase the Saga on:
Amazon