~Book Spotlight~ "One for Kami" by Charlene A. Wilson 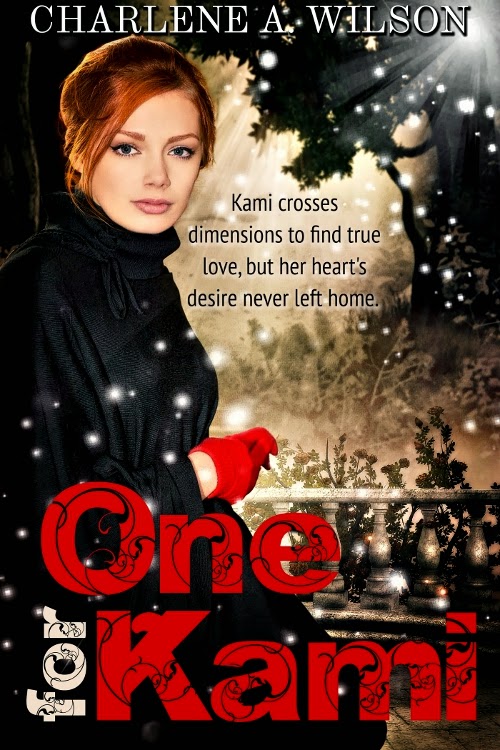 Kami is faced with a heartbreaking truth; she finds the love of her life is an elite and bound by law to wed three wives to do his part to eliminate the poverty-stricken condition of their world. How can she stand to share him? Why can’t he be poor the way she thought he was when she fell in love with him?

Desperate and determined to find a realm that doesn’t have such dictates, she travels to dimension Three-Two-Three to begin her search. But is love truer in a realm filled with hidden love affairs than it is in Ian’s heart?

Charlene A. Wilson is an author of tales that take you to other dimensions. She weaves magic, lasting love, and intrigue to immerse you into the lives of her characters.
She began writing in her early teens when her vivid dreams stayed with her long after she had them. The characters and worlds were so amazing she brought them to life through her books.
Charlene resides in a small community in Arkansas, USA, with her two beautiful daughters, husband, a cuddly Pekingese, and a very chatty cockatiel named Todder.

Purchase "One for Kami" on:
Amazon
B&N
Astraea Press