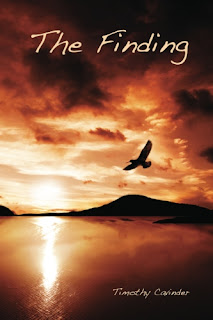 On the day Horace’s truck wouldn’t start he called Henry Bill to give him a ride into town. Horace needed to pay his property taxes, today being the final day allowed for such transactions and also he needed to purchase a new white shirt. The reason for the new shirt was the occasion of an impending visit from his older brother Donald and his wife of several years Vivian. Donald visited Horace every year much like a pilgrimage as Donald had promised their mother on her death bed that he’d keep an eye on Horace. The reason for this request remains unknown perhaps it was just a mother’s worry or it may have been the effects of the painkillers and the sips of Kentucky whiskey she liked to take from her bedside bottle.

Horace got along fine with Donald who managed a shoe store in the next county but he always felt nervous around Vivian. For Vivian was as they say “taken by the Lord.” She was as devout as they come, underneath her cold steely eyes lurks all the wrath that fire and brimstone could offer. Horace felt she never seemed happy and if that was what loving the Lord turned a person into he’d just as well remain in the liking column, nothing wrong with that he thought: nothing wrong with just liking the Lord and then I can still be happy.
Horace always wanted to look and act his best around her as he felt she looked down on him. So, a new shirt every year was Horace’s manner of proclaiming “I’m doing just fine. I have a new shirt don’t I?”
And so Henry Bill, driving his old four door that used to be a taxi, pulled up in front of Horace’s house to give him a ride into town.
“Hey ya,” Henry Bill calls out with a slight wave.
Horace nods and begins walking down the steps of his front porch and down the short sidewalk to the street. Having received his passenger Henry Bill slowly pulls away from the curb.
“What’s wrong with it?” He asks his friend.
”It’s making a grinding sound, then nothing,” Horace answers.
“Bouts where?”
“Under the hood, right side. I think anyway, I’m not sure.”
“That truck’s been trouble for you lately ain’t it?”
“Yeah, but it’s a good truck. I’ve had it for so long I don’t want to give up on it. I just need to figure it out that’s all.”
“Yep,” Henry Bill says as they approach town. “Where ya headed Horace?”
“Just downtown is fine, gotta pay at the courthouse and then to the Dixie May.”
“New shirt? Your brother coming again?”
“Yep, that time of year.”
“Boy, oh boy time sure flies,” Henry Bill says.
“That it does Henry. That it does.”
Horace felt quite comfortable calling Henry Bill for a ride as they have known each other since childhood. Henry Bill was the only child of Dee and Vernon MacArthur. When Henry started school Dee took a housekeeping job for the Ginleys. They were and always have been the richest family in Fair County, the only rich family actually. Vestor Ginley, the old man, made his money investing in Texas oil fields and foreign stocks. He wasn’t from here originally he showed up one day fifty years ago and bought up the seventy three acres that once made up the Winnie Ladlow farm (Winnie the window died with no known heirs.) And so Vestor hired a staff, put in crops, brought out his wife and raised five children all of whom divided their time between the farm in Fair county and New York City where Vestor owned a townhouse and liked to stay close to his business contacts.
When Dee took the job, Ginley had been there for forty years and was now as they say “getting up there in years.” His hearing and eyesight weren’t nearly what they used to be. Dee neither attempted to avoid him or interact with him. She saw him occasionally sitting in the parlor drinking coffee or sitting out on the porch with his large black Newfoundland at the old man’s feet.
Dee took the job for the sole reason that most folks take jobs: she needed the money. Since her husband Vernon had been let go from the machine shop he tried his hand at farm help but it tore up his back so bad the doctor gave him some pain pills that Vernon liked so much he took them every day for a week sleeping the entire week away. He said it gave him good dreams but by the time he got back on his feet his job had been filled. So, Vernon went out looking for work and the best he could come up with was a position selling shoes door to door, he did okay but was gone a lot and what money he sent home wasn’t enough to make ends meet so Dee took the job not always sure how she was going to pay the bills and not sure if Vernon would ever return.
Her premonition proved correct as one week when Vernon was due home he didn’t show up. As she washed the dishes in the kitchen sink she didn’t need to think twice she knew; “he’s gone.”
This was when Henry Bill was ten years of age. He learned to help bring in the badly needed money and help around the house. He learned to live life as an only child without a father and was never heard to say much about it then or now.
“Here be good,” Horace says as they approach the courthouse. Henry Bill pulls over to the curb and stops.
“You want me to look at your truck sometime? I be glad too,” Henry Bill offers.
“Well, all right but let me ask Roy first,” Horace says stepping out of the car and onto the sidewalk.
“Let me know then,” Henry Bill waves.
Horace waves back then turns and walks toward the courthouse

About the Author, Timothy Cavinder: 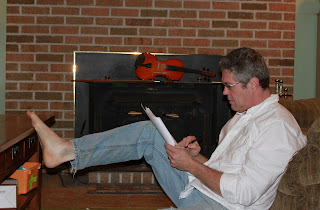 I graduated from Indiana University with degrees in English and History. I have worked in factories, warehouses, as a news reporter and as a chef. My latest endeavor is that of a work at home father, designing and developing websites, writing fiction, and raising two children all the while attempting to hang onto my sanity. The Finding is my third work of fiction.

Learn more about Timothy Cavinder and his books on:
Website
Blog
Goodreads

You can purchase "The Finding" on:
Amazon
Barnes & Nobel

Javascript must be enabled to enter this giveaway. Learn how to activate Javascript by clicking here. 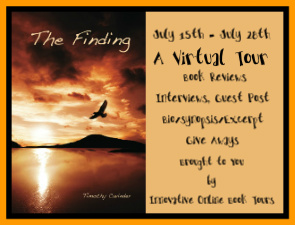