IN THE MIDST OF A CATASTROPHE LIKE THE WORLD HAS NEVER SEEN, ONE WOMAN WILL STOP AT NOTHING TO PROTECT HER FAMILY.

Lori Nelson has always seen herself as an ordinary woman, doing the best she can to juggle family and her work as a nurse. But the most dangerous creature in nature is the mother whose offspring is threatened…

When miners release an ancient virus Lori is at ground zero of the deadly battle for survival. With the help of a laconic ex-soldier, can Lori find the strength to fight the spreading threat and save her family? 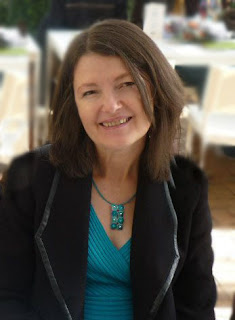 Sue was born in Malaysia to French and British colonialists, had a very exciting childhood in the jungles of Borneo, the Australian outback and tropical Queensland, and is the proud mother of three children.

She manages to steal the time to write by ignoring the state of her house and pretending that the kids can look after themselves.

The first hint of the plague that was to destroy our world arrived with a brief report on the morning news.  I noted something about miners being diagnosed with an unidentified form of encephalitis in the nearby village of Mossman, but I barely registered it, really, as I tried to persuade the twins to stay in their seats and eat their breakfast.
My brother Joe snorted from his easy chair.  "That's what you get for messing with nature.  The Cape Tribulation rainforest has been untouched by humans for millions of years.  You've got species of plants and insects that have never been identified!  I wouldn't be surprised if they discover that this strain of encephalitis predates the dinosaurs."
I rolled my eyes.  I loved my brother dearly but the last thing I needed this morning was a lecture on the dangers of destroying the virgin rainforest of Cape Tribulation.  He had been impossible for the last few months since the mining companies had won permission to mine part of the rainforest around Mossman. I guess it was part and parcel of living with an environmentalist.
"Are you likely to get called into work this morning?" I asked, simultaneously wrestling a porridgy spoon away from Sarah and pushing Alex firmly back into his high chair.
"Lori, if they do call, they're sadly out of luck," he grinned, hazel eyes twinkling.  "Or have you forgotten that somewhere out there is a marlin with my name on it?"
"Hmph," I sniffed disdainfully, sidestepping the fact that I had forgotten all about the fishing trip.  "I'll wager that the marlin with your name on it will still be safely swimming in the ocean when you get back!"
Joe switched off the television and stood up, miming a dagger in his chest.  "Ouch.  Low blow, sis."   He came up behind me and wrapped his arms around me in a bear hug.  "But I forgive you, seeing as I have the most understanding sister in the world, offering to drive me in, holding down the fort for the whole weekend, picking me up at an ungodly hour..."
I smiled and squirmed away.  "Stop crawling and help me clean these kids up before we go."
He grabbed three-year-old Alex and lifted him high, heading for the bathroom.  "Okay, rugrat, try not to make your mum's life a misery while I'm away!"
Alex squealed and tried to swat his uncle's face.  I smiled affectionately at their disappearing backs.  Although I had protested when Joe had said he was moving in after Charles' death, it was impossible to imagine life without him now.  In six months, he had become an indelible part of our family's life, helping me out with the kids, bringing in much needed money and reminding me that I could laugh again.
Watching her twin brother leave, Sarah demanded loudly to be picked up as well.  As I gingerly tried to lift her out of the chair without getting porridge all over my clothes, Michele wandered out of her room.  At 15, she had reached an age where she seemed to want to sleep all morning so I was a bit surprised to see her before noon.
"Good morning, sweetness," I called out as I shepherded Sarah ahead of me to the bathroom.  My teen grunted a greeting as she flung cupboard doors open, no doubt in search of a breakfast that didn't scream ‘healthy’.
All in all, a normal morning in the Nelson home.  There was no awareness that our world was already in the process of changing forever; no hint that, somewhere, an impossible disease was taking hold; no clue that some of us would be committing unthinkable acts before the day was through.

One winner to receive Kindle version of Dead Tropics.
Open to all 18 and older.  Enter on the Rafflecopter below.
Good Luck!