Bosley Coughlin can travel through time. And the future does not look good.

Through a heady cocktail of drugs and the occult, Bosley slips through time and space and glimpses The End. Cities lay in ruins, and those who still cling to life hide in the rubble like frightened animals. Walking carcasses shamble through the debris exacting a horrible fate upon any living they find.

This horrific future is the only world fourteen year old Ocean has ever known. Starving and alone, she struggles for even the most basic of necessities: food, water, shelter, love…

In the present, Bosley stumbles across Clarice Hudson and soon realizes that she is much more than a simple shop girl. One by one, she displays the seven symptoms of the contagion that will bring Bosley’s world to an end and create the nightmare Ocean calls home. Clarice may hold the key to stopping the coming apocalypse and sparing Ocean from the atrocities of mankind’s imminent future… but only if Coughlin is willing to push beyond every notion he’s ever held about right and wrong. 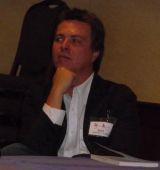 Named by The Google+ Insider’s Guide as one of their top 32 authors to follow, William Todd Rose writes speculative fiction that lends itself to the dark, and often surreal, realm of the macabre. With short stories appearing in numerous magazines and anthologies, his longer works include The Seven Habits of Highly Infective People, The Dead and Dying, Cry Havoc, and more. For more information, including links to free fiction, please visit the author online at www.williamtoddrose.com


Most of the time you can guess at the final plat but this one caught me totally offguard.  The author bypasses the normal zombie stereotypes and focuses on the character developments. The story is set in two timelines. Bosley Coughlin, a druggy, who is able to cross the plains of existence and see into the past and future.  And Ocean who is a young girl trying to survive in the future where zombies roam the streams.  I found the book to combine all the elements..horror, science fiction and suspense, but just a bit slow in the beginning to grasp.  Once you got passed the first chapter and understand the character was interacting with you, it rounds out nicely.  I would give this a 4 star rating.