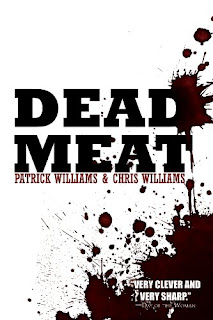 The city of River's Edge has been quarantined due to a rodent borne rabies outbreak. But it quickly becomes clear to the citizens that the infection it is something much, much worse than rabies...

The Rivers Edge Dispatch is reporting that the Mayor has ordered a Voluntary Evacuation due to overrun hospitals. Patients are being admitted for neurological symptoms of "random assaults & dementia." Attacks have changed from pest-on-human to human-on-human. 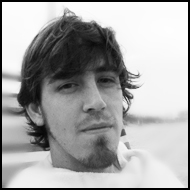 My name’s Chris… and I like to party. To be honest those days are mostly over. I’m growing up and not liking it. I miss my childhood. The days where I could spend all day watching cartoons, playing with legos and of course watching movies. My favorites were horror. Time flew by as I got older and more into movies. My tastes opened up to include all sorts of movies; foreign, indie, blockbusters, cult classics and whatever genre Bill & Teds Bogus Journey fits into.

Enter the Chris of now. Browsing the intertubes I came upon a video, Red vs. Blue: Zombie Plans. Afterwards I thought, “what would my zombie plan be?" Thus was the beginning of Dead Meat. 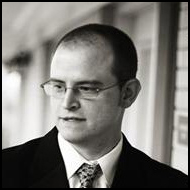 Patrick here, and I like to party. Actually, we're done with the Hot Rod quotes. On a serious note, I'm an English instructor at a community college and University of Phoenix. I have a passion for poetry, fiction (mostly grotesque stuff), an undying devotion for speculative fiction. Zombies and B horror films were a pivotal element of our childhood, and we felt we could make a contribution to the literary zombie niche. My brother and I started collaborating on online comics, and eventually, the ideas rolled into Dead Meat as a graphic novel. Since we didn't have the time and couldn't come to a particular artistic style for the graphics, we just made it into a book. Enjoy.

This is a very interesting book which tells the story differently than most others.  The action is basically non stop with an unexpected twist at the ending.  If your into the zombie crazed this book is a must read.

Please visit The William's website for more information and updates about "Dead Meat".  While your at it, be sure to like the Dead Meat fan page on Facebook and follow them on Twitter.  You can purchase the Dead Meat book on Amazon or Barnes & Nobel.