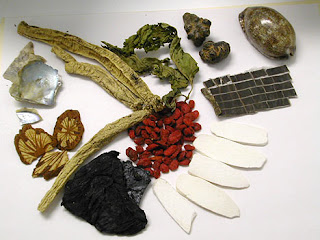 There are several herbs with a traditional reputation for helping people quit smoking. These herbs exert varying effects that will ease the process of smoking cessation. Most of them can be found in either dried bulk, capsule, or liquid extract form. Follow the directions on the label for use. If using dried herbs, use them only to prepare tea, and never smoke them as a replacement for tobacco.

Lobelia (pictured above): Is a very powerful herb that helps to calm the mind and relax the body. It has helped many people to control their cravings for nicotine. Lobelia is also reputed to have the effect of making cigarettes taste very bad.

St. John’s wort: One of the best known herbs for promoting a positive mental attitude–something people often need help with during the early phases of becoming a non-smoker.

Black cohosh: Is commonly used by women to help them stay balanced during their monthly cycle. However, it is also known to be a safe sedative that relieves nervousness and anxiety, which makes it useful for the irritability, restlessness, and nervousness associated with quitting smoking.

Blue vervain: Has been referred to as a natural tranquilizer and as such it can be used to calm the nerves. It can also be used for insomnia.

Catnip: Has a soothing and relaxing effect on the digestive system, and helps to relieve diarrhea, flatulence, indigestion, upset stomach, and headache. Catnip also has antispasmodic properties that make it useful for abdominal cramps as well as chronic coughing. Catnip is also good for alleviating sleeplessness. Catnip’s antibiotic and astringent properties are also beneficial for treating colds and bronchial infections.

Hyssop: Has the ability to help with clearing mucus congestion in the lungs associated with COPD. It also has been known to alleviate the anxiety and even hysteria that is sometimes associated with smoking withdrawal.

Korean ginseng: Is one of the most popular herbs in the world for stimulating energy and helping the body to deal with stress. This property enables ginseng to help alleviate the fatigue and anxiety related to quitting smoking. Ginseng is known to help reestablish balance in the body’s systems, which can be helpful to smokers as their bodies adjust to the absence of nicotine.

Motherwort: Has properties that enable it to act as a sedative, inducing tranquility in times of anxiety associated with quitting smoking.

Oat straw or oat seed: One of the best remedies for stress, nervous debility, and exhaustion, especially when associated with depression (a common affliction in people who have recently quit smoking).

Peppermint: Has a relaxing effect on the muscles of the digestive system, combats flatulence, and stimulates the flow of bile and other digestive juices. The volatile oil in peppermint acts as a mild anesthetic to the stomach wall, which helps alleviate feelings of nausea. Where headaches are associated with digestion, peppermint may help. Peppermint also eases anxiety and tension.

Skullcap: Contains plant compounds that help the brain produce more endorphins (naturally occurring chemicals that promote feelings of well-being). This is believed to enhance both awareness and calmness. Skullcap relaxes states of nervous tension while renewing and reviving the central nervous system.

Slippery elm: Is rich in nutrients and easy to digest, making it an excellent food during times of digestive discomfort, which can sometimes accompany smoking cessation. It works with the body to draw out impurities and toxins, assisting with the healing of the entire body.

Valerian: One of the premier sedative herbs used to aid people with anxiety, stress, and insomnia. Valerian also acts as a muscle relaxant. Valerian is clearly one of the herbs of choice in smoking cessation to deal with the issues of insomnia, restlessness, and anxiety.