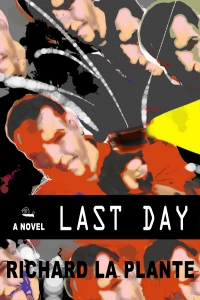 
Charlie Wolf is an undercover cop assigned to infiltrate the Sons of Fire motorcycle club, suspected of manufacturing and distributing methamphetamine up and down the East Coast. Charlie’s been undercover for a long time—long enough to have broken the two cardinal rules of his work. He’s forged a strong friendship with Ray Sasso, president of the Sons of Fire. And he’s become addicted to meth.

A near-fatal mistake during the attempted bust by the cops leaves a bullet lodged in the right temporal lobe of Charlie’s brain. Operating to remove it would likely kill Charlie. Living with it will change him forever.

Two men linked by a tangle of lies and twisted loyalties. Two men who could not be more different—or more the same. When they meet again, for one of them it will be the Last Day.


About the Author, Richard La Plante: 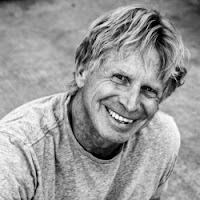 Richard LaPlante is the author of the popular Fogarty-Tanaka series of crime fiction novels as well as three memoirs. Last Day is his first paranormal thriller and explores his longtime interest in human consciousness and the Near Death Experience. A musician and lifelong student of martial arts, Richard lives with his two sons in the sunny mountains of Ojai, CA and is a founding director of an independent publishing company, Escargot Books, where he blogs regularly.

Richard La Plante pens "Last Day" in a plot filled with suspense, action, and plenty of twists and turns which leaves you wonder what is real and not real. The author's characters were believable, and realistic with good chemistry between them. I found it had a great back story and it hooked me in right from the beginning. Highly recommended for all mystery and suspense fans. 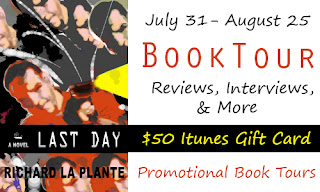