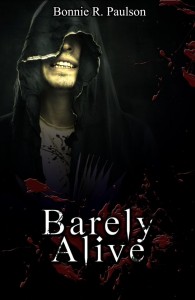 
In twelve weeks, seventeen-year-old Paul Ledger will be dead. At least he hopes so.
Paul is trapped in the worst cult the United States has ever seen. Infected with a zombie virus, symptoms culminate in a dead body but thriving mind over a course of twelve weeks. If he doesn’t earn the final death he longs for, he’ll be chained in a basement facility, moaning for human flesh for eternity.

Sent out to kidnap girls for food, toys, or whatever the boss wants, Paul nabs Heather McCain. He’s not a fan of humans as a general rule, but even his graying skin and insatiable hunger for her flesh don’t stop her from reaching out to him. Give him the second chance he doesn’t know he needs.

Overcome by his cravings, Paul bites her delectable skin. Amazingly, she doesn’t develop the zombie-like side effects. When the boss discovers Heather’s immunity, he gives Paul an ultimatum – deliver up Heather and her family to continue the research or watch as Paul’s brother suffers the zombie fate.

Paul has a chance to endure his short zombie existence knowing his brother is safe. But he’ll have to sacrifice Heather to do it.


About the Author, Bonnie R. Paulson:


Bonnie R. Paulson pens "Barely Alive" in a plot filled with fantasy, zombies and romance. A fresh take on the "zombie craze" as we watch the main character, Paul, struggle with his transformation. Between the author's characters  that were well developed and the well written plot, I was captivated with the story line and had a hard time putting the book down. A must read for all zombie lovers.

I give "Barely Alive" a 5 star rating. 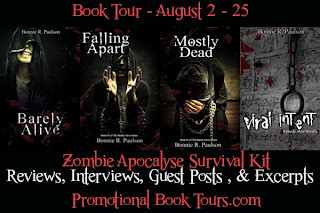