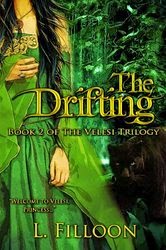 
It is Lily’s first day in the Velesi realm but not as the princess she was made to believe, but as a captive to a strange Lithi elf name Ziri – Tharin and Tolan’s mysterious brother. Who is he and why has he taken her? Or is he only a pawn in someone’s deadly game of chess?

Tharin and Lily discover a prophecy involving the Unnamed Sidhe and a way back to Eirrell, the birthplace of the Thirteen Clans. However, before they can get to the doorway to Eirrell, Lily must first make it to the Day of the Seating to take her rightful place on the throne of the Willow Clan.

Tharin must keep Lily safe until the Day of the Seating even if it means keeping the beautiful Sidhe warrior Kalis close to him. Will he be able to protect his naïve, but stubborn bride-to-be not just from Harlu but from his warrior mistress? He once again turns to his brother and cousin, to only find that Tolan has his own problems with his feisty Julia.

Thank goodness for the future king of Velesi that he has Phoris, Alorn and Mellis to cover his royal back.

Welcome to Velesi, a realm existing alongside our own with their own rules, their own players and their own way of life. 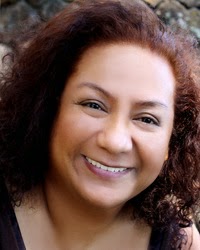 L. Filloon was born in Leone, American Samoa. At a young age her family relocated to Hawaii and settled on Oahu. In 1977, her father once again relocated the family, this time to San Diego, eventually making National City, California their home. Although she started writing during her junior high school years, it wasn't until late 2011 that she self-published her first book, The Binding; the first in The Velesi Trilogy. Book 2, The Drifting, will be available on Amazon.com for Kindle on November 9, 2012. The final installment to be released in 2013.


Learn more about the Author and her books on:
Amazon Author Page
Goodreads

Purchase "The Drifting" on:
Amazon


"The Drifting" is the second book in 'The Velesi Trilogy' and it is recommended to read the books in order so your not totally confused. The Author fills the pages with politics, history, action and great character development. I honestly can say I can't wait to read the next installment (which is out by the way) to see what happens. I recommend this series to all who love the fantasy genre.

I give "The Drifting" a 4 star rating.