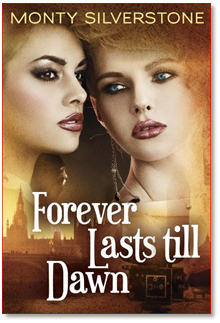 
In the marketplace of a small Ukrainian village, two beauties dance. They dance because poverty gives them no choice; dancing is the only way they can supplement their parents' pitiful wages.

Dancing draws attention when you're beautiful; not all of it is welcome. Drawn into a web of deceit, rape, and tyranny, the girls flee the Ukraine, seeking a new life in 1904 London.

Fleeing the country of their birth, they board a ship bound for England. They encounter trouble on board, from an overzealous doctor.

Arriving in a strange new land and unable to speak the language, the young women find a much-needed friend in a Russian tea shop owner, who finds them work in his restaurant's kitchen. Even so, they find themselves, once again, dancing in the streets to help pay the rent at their Soho boardinghouse.

Once again their dancing attracts attention, this time from a well-known impresario who sees talent and possibility in the two friends. Meeting him sets the girls on two very different paths. One rises to a position of power in affairs of state, while the other forges a successful show business career.

Tragedy and adversity dog both friends' careers, intermingled with triumphs and love. Perhaps, one day, two poor Ukrainian dancers will find the happiness they deserve.

Born in London, Silverstone ran three restaurants after coming to America – one in Florida and two in San Francisco. He owned a real estate business which grew to 17 offices in two states, owned a business renting airplanes, was a land developer, and enjoyed a career on stage, on TV, in film, and doing television commercials. An author, Silverstone has written four books including Forever Lasts till Dawn. Married to Didi, the Silverstones have three adult children – David, Kezi and Alicia.


Learn more about the Author and his books on:
Website
Amazon Author Page
Goodreads


The Author, Monty Silverstone pens his debut novel "Forever Lasts till Dawn" in a dramatic and exciting plot filled with romance, violence and struggles. A hard to put down book that should not be read in haste, but to take your time with it to savor the full meaning of the story. Highly recommended for all readers.

I give "Forever Lasts till Dawn" a 5 star rating.