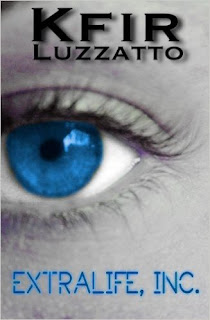 
David Wolfson, a Jerusalem scientist, claims to have found the cure for cancer. He and his wife, Tamara, seek the help of Richard Lunz, a Tel Aviv attorney, to fight the powerful bureaucrats who want to appropriate David's invention.

Richard can’t resist the temptation to participate in what looks like the discovery of the century, and it takes a first death to make him doubt that something in the project is not what it seems.

And then other people die.

Following clues that take him to Eastern Europe and to America, Richard finds more answers than he wished for. But he just can't stop looking.


About the Author, Kfir Luzzatto:

Kfir was born and raised in Italy, and moved to Israel as a teenager. He acquired the love for the English language from his father, a former U.S. soldier and WWII veteran, a voracious reader and a prolific writer. Kfir has a PhD in chemical engineering and works as a patent attorney. He lives in Omer, Israel, with his full-time partner, Esther, their four children, Michal, Lilach, Tamar and Yonatan, and the dog Elvis.

Kfir Luzzatto pens "Extra Life", a Legal, medical thriller, with fantastic characters that course through this thrilling roller coaster ride that will keep you on the edge of your seat.  With many twists and turns and an unexpected ending, I wanted the book to go on and on.   Highly recommended for all who love a thrilling ride!