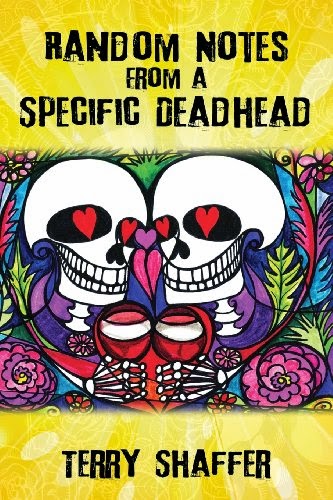 Garcia Hunter is a pot-smoking Deadhead immersed in the corrupt world of Pennsylvania politics. After fifteen years in the employ of his lifelong friend, State Representative Delano Trodske, Garcia’s sense of right and wrong has been horribly twisted by years of looking the other way—and he is determined to regain his lost integrity. With the guidance of his cat and the ghost of Jerry Garcia, his quest for enlightenment is further inspired by the lyrics of Grateful Dead’s Robert Hunter. But even as he finds his way back to himself, Garcia never suspects one as insignificant as he could be receiving guidance from cosmic forces he can neither identify nor understand…or that the “purpose” the Universe has chosen for him might be far more important than the reclamation of his soul—or the salvation of the political system. Garcia slowly, inexorably drifts from a world of possessions and power to one of spiritual health and personal understanding. He begins to see the larger patterns and appreciate the hidden structure of reality. He finds the true meaning of love and success. But mostly, he gets stoned a lot.

Written with intelligence, insight, and humor, Terry Shaffer’s provocative new book is a compelling and highly entertaining romp through the world of politics, spiritual development, and personal truths.


Terry Shaffer worked for fifteen years in the District Office of a Pennsylvania legislator. In 2006, he voluntarily provided information to investigators accelerating what came to be known as the "Bonusgate" scandal, which ultimately led to the indictment and conviction of several of the Commonwealth's more powerful political players, including two former Speakers of the House. Shaffer resides in Pittsburgh, Pennsylvania, with his wife, Kimberly, under the capable supervision of their cats, Kronky and Rosie.


Learn more about the Author and his books on:
Amazon Author Page
Goodreads


Terry Shaffer pens "Random Notes From A Specific Deadhead" in a storyline that just sucked me in, although the books started out a bit slow in the very beginning. The author take you though a totally different look into local politics with a touch of alien manipulation of humans, smoking weed and the theory behind the lyrics of The Grateful Dead.  A great read for those who love to read about corruption in politics.

I give "Random Notes From A Specific Deadhead" a 5 star rating.