{Book Review} "Revelation: The Way it Happened" by Lee Harmon 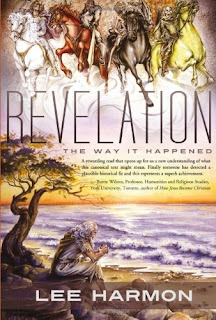 In "Revelation: The Way It Happened," Lee Harmon leads his readers, verse by verse, through the events of Revelation, adroitly explaining the relevance of these scriptures while seamlessly weaving in a father-and-son discussion of the Apostle John's frightful letter. Meet Samuel and Matthew, two Jews living in Ephesus fifty years after the death of Christ, and share in their astonishment as the prophecies of John's vision play out around them in the Roman Empire. Bare your teeth at the original beast of Revelation, his double the antichrist, and John's nemesis, the false prophet.

Relive the fire-and-brimstone tragedy of Mount Vesuvius, the expectation of massacre looming on the horizon and the Christian dream of escaping to live with God in Eden-like Jerusalem after it floats down from heaven.

Harmon excels at capturing the essence of that time as he addresses our modern-day perceptions and misconceptions of this ancient tome. You'll never read the Bible in the same way again.

About the Author, Lee Harmon: 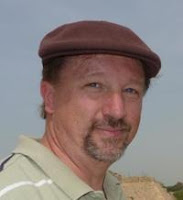 Purchase "Revelation: The Way it Happened" on:
Amazon

Lee pens "Revelation: The Way it Happened" in a story line that interweaves fact and fiction which is easy to understand, and I found quite enjoyable to read. A truly interesting read that shows the author's intense research which it kept my interest from the start. Highly recommended for all readers open to another persons take on the Bible.

I give "Revelation: The Way it Happened" a 5 star rating.