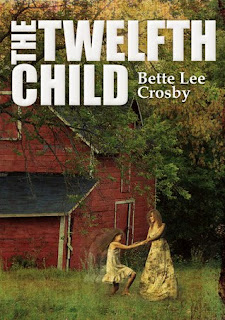 
Be prepared to be swept away into the life of a girl who will tug at your emotions while never leaving your heart. Crosby has crafted a story that will enchant readers. Steena Holmes, bestselling author of Finding Emma

Trust, love and friendship—Abigail Anne Lannigan searched for these things all her life. Now, when she is at the tail end of her years, she teams up with a free-spirited young woman. A nobody from nowhere, who suddenly moves in across the street. This unlikely friendship comes under suspicion when a million dollars goes missing and a distant relative, claims embezzlement. Abigail knows the truth of what happened, but she’ll never get the chance to tell..

Reminiscent of Fannie Flagg’s Fried Green Tomatoes, the unlikely friendship of these two women is sure to settle in the soft spot of your heart.

Strong Female Characters without the “I am woman hear me roar” mentality. Crosby writes in a way that puts readers within the story so that they can visualize themselves experiencing the hurts and joys of the protagonist. A Book and A Review

I rarely give 5 stars for a book, but this book definitely deserves 5 stars! Crosby deals with timely issues such as caring for the elderly, greed, forgiveness, isolation, love, selfishness, and selflessness. If you like novels about strong women and relationships, you would probably enjoy this book. I have already lined up my next Bette Lee Crosby novel. Amazon Review

Bette Lee Crosby is a storyteller extraordinaire. She has honed her craft, and shares it in this well told novel. McGuffy’s Reader - Blogspot

Characters with an emotional depth that compels the reader to care about their challenges, to root for their success and to appreciate their bravery. Goodreads Review.


About the Author, Bette Lee Crosby: 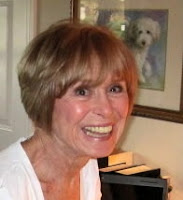 Award-winning novelist Bette Lee Crosby brings the wit and wisdom of her Southern Mama to works of fiction—the result is a delightful blend of humor, mystery and romance along with a cast of quirky charters who will steal your heart away.

Born in Detroit and raised in a plethora of states scattered across the South and Northeast, Crosby originally studied art and began her career as a packaging designer. When asked to write a few lines of copy for the back of a pantyhose package, she discovered a love for words that was irrepressible. After years of writing for business, she turned to works of fiction and never looked back. “Storytelling is in my blood,” Crosby laughingly admits, “My mom was not a writer, but she was a captivating storyteller, so I find myself using bits and pieces of her voice in most everything I write.”

Crosby’s work was first recognized in 2006 when she received The National League of American Pen Women Award for a then unpublished manuscript. Since that, she has gone on to win several more awards, including another NLAPW award, three Royal Palm Literary Awards, the FPA President’s Book Award Gold Medal and most recently the 2011 Reviewer’s Choice Award and Reader’s View Southeast Fiction Literary Award.

Crosby newest novel Cupid’s Christmas is scheduled for release in early October and following that, What Matters Most will be released in early 2013.

Purchase "The Twelfth Child" on:
Amazon

Bette Lee pens "The Twelfth Child" with strong, well developed characters in this emotional moving story of an unwanted child.  Bette Lee's writing is smooth and flowing within the intriguing plot.  The ending left me wanting for more and wondering is there a sequel?  Recommended to all readers.

I give "The Twelfth Child" a 4 star rating.

Copy of Bette Lee's book "Spare Change" and $25 Amazon gift card. Open US, 18 and older. To enter, simply complete the Rafflecopter below.

* Disclosure of Material Connection: I am a member of Reading Addiction Blog Tours and a copy of this book was provided to me by the author. Although payment may have been received by Innovated Online Blog Tours, no payment was received by me in exchange for this review. There was no obligation to write a positive review. All opinions expressed are entirely my own and may not necessarily agree with those of the author, publisher, publicist, or readers of this review. My Cozie Corner is not responsible for sponsor prize shipment. This disclosure is in accordance with the Federal Trade Commission's 16 CFR, Part 255, Guides Concerning Use of Endorsements and Testimonials in Advertising.