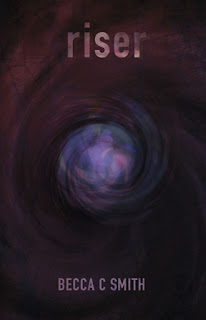 
Black swirling holes churning madly in the center of every corpse.This is how eighteen-year-old Chelsan Derée sees the deceased.Her ability to connect to the black spinning holes allows her to control every dead thing within a four-mile radius.

But that’s the least of her problems. It’s 2320 and Chelsan Derée has to survive another year of high school, which for her is pure and utter torture, mainly due to the fact that her schoolmate Jill Forester’s favorite activity is making Chelsan’s life a living hell. If that isn’t enough, Chelsan’s impossible crush on Ryan Vaughn makes her brain do somersaults on a regular basis, especially since she is positive he doesn’t know she exists. And being eighteen Chelsan has to deal with the pressure of whether or not she should take a little pill called Age-pro, which cures aging, making the world eighteen forever and highly over-populated.

When Chelsan’s mother, Janet, is brutally killed, along with everyone else in her trailer park, Chelsan finds out that she was the intended target.

Chelsan must use her power to raise and control the dead to save herself, protect her friends and take down the man responsible for murdering her mother. 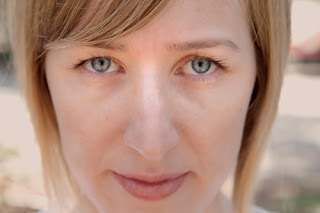 1. I see you have a film degree and have been working in the film/television industry, can you give us a bit more detail as to what you do?

I’m back in school right now working towards my second degree in entertainment business, but I’ve had a wide variety of jobs in the industry. I worked on the television show Ghost Whisperer for a couple of seasons and for the last six years I worked on and off as a digital film restorationist for Lowry Digital.


2. I understand this is your first book and it is self-published, was it easier to get the book self-published than go through a publishing agency?

There used to be (and still is to a certain degree) a stigma against self-publishing. People figure that if the book is self-published it isn’t any good. But let’s be honest I can give you a long list of published books that aren’t very good. Books are books, stories are stories. If they interest you and you are entertained when reading them, then the author has done their job. As a self-published author I make sure that professionals edit my books, so there aren’t any typos or grammatical errors. In my experience publishing houses are a closed off group. If you don’t have an agent, they’re not going to read your book. I just wanted to tell a fun story and share it with anyone that was interested.


3. What or who, if anything, influences your writing?

A lot of things influence my writing. I have favorite authors such as Terry Brooks, Rick Riordan and Cassandra Clare to name a few. I love fantasy and science fiction. I grew up on it and it definitely influences who I am today. Modern sciences also inspire me. In fact, reading an article on a scientist at Cambridge University who believes he’ll have “the cure” for aging in ten years, is what inspired me to have a drug called Age-pro in my book Riser. Basically, it’s a pill that stops the aging process and allows you to live forever.

4. Riser is part 1 of a series, any idea how many more will follow?

There will be three parts. The second book Reaper is already out and the third book should be out by the end of September. After that, I’ll be writing another trilogy in the same universe. They’ll all be under the same Riser Saga banner.

5. Do you have any other books in the works or just working on the Riser series?

I do have another book series. The first book I released in February. It’s for younger audiences around the ages of 7-12 called Alexis Tappendorf and the Search for Beale’s Treasure. It’s an action adventure with code breaking and pirate treasure, lol. It’s a lot of fun.

You can learn more about Becca C. Smith and her books on her:

You can purchase "Riser" on: 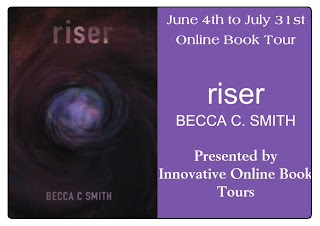